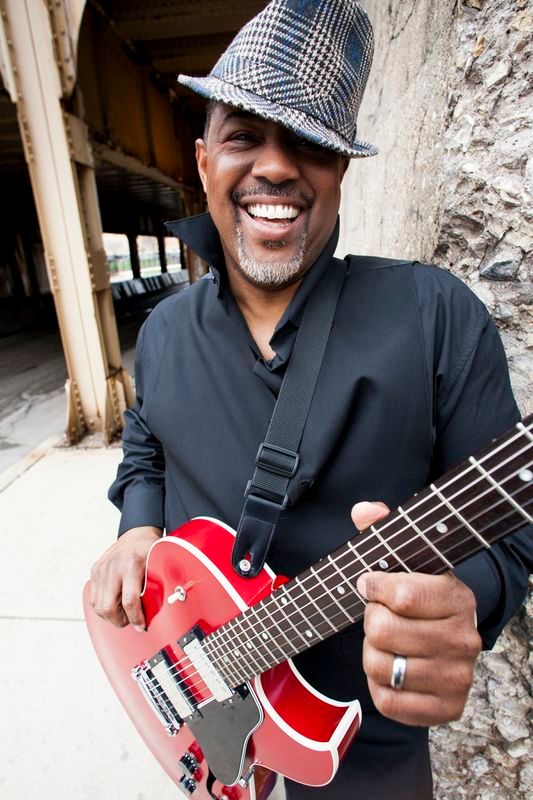 Felton Offard is a guitarist/composer/producer and educator. He is a versatile artist who has worked with diverse acts from pop star Barry Manilow to Peabo Bryson to jazz legend Clark Terry. He was a touring and house guitarist for several Broadway shows including Hamilton (Chicago), Oprah Winfrey’s Presents: The Color Purple, Jersey Boys, Standing In The Shadows of Motown Live with Peabo Bryson, and Leela James, The Addams Family, Crowns and numerous others.

Offard has written for TV and radio for HBO, Food Network, Centric and numerous others.  TV appearances include NBC’s The Playboy Club and Three Mo’ Divas. He has a new CD coming in May 2013, a follow up to his critically acclaimed Gospel Jazz cd RISE.

Mr. Offard teaches guitar, jazz and popular music and music business at Chicago State University. You may contact him at offard@yahoo.com.